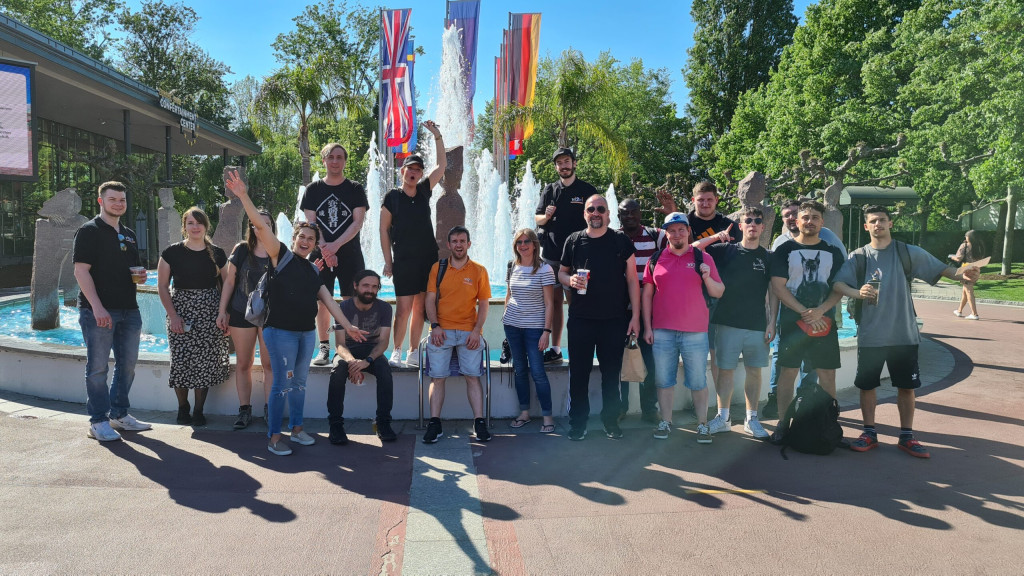 At the kickoff through Europa Park with our trainees & interns

For our trainees & interns, the kickoff was a big surprise at Europa-Park. The bus ride was immediately used to get to know each other better. There was a lot of laughter during the fun facts about each participant: Who has been to prison? Who was on an e-sports team or who lived in England for a year? Thus, with funny little games, the outward journey flew by.

Once we arrived at the park, there was nothing to do with roller coasters or white water rafting. In summer temperatures, physical and mental hard work was done. In two teams, tricky puzzles and tasks had to be mastered in Europa Park. The trainees and interns had to fish for objects while dangling from a rope, feel and hear objects in a sensory parkour, identify smells or test their sense of taste. Finally, they went on a scavenger hunt with a tricky guessing question. How many cameras are in the park and attractions? Now the attractions of the amusement park could be tried, always counting the cameras.

On the bus ride back, the event continued with a company quiz and the points collected throughout the day were tallied for the team award ceremony. The conclusion with the award ceremony was the joint barbecue with delicious burgers and cool drinks.